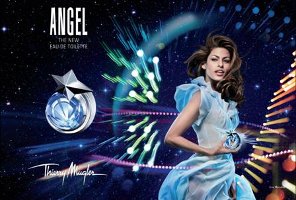 [Update: I should have mentioned that Now Smell This is taking Monday off for the holiday — we'll be back on Tuesday. Happy Labor Day, if you're celebrating.]

Today's poll was suggested by reader Lys, and references a statement made recently by Frédéric Malle of Frédéric Malle Editions de Parfums about the mainstream fragrance industry:

They don’t concentrate on the fragrance at all. They concentrate on the story, they concentrate on getting a star, or an image or a launch or an event. It’s an idea they sell. It’s the easiest way to sell a fragrance which will please everybody, because everybody likes Céline Dion, for instance — or many people do. They create the sale by selling something cheap in a small bottle. None of these fragrances are designed to last. Since Thierry Mugler’s Angel, created in 1992, the market has not generated one classic...*

I think most of us would agree with the beginning of that statement? Today we're discussing the last part: has there been a single mainstream classic since Thierry Mugler Angel? Presumably we are talking not about fragrances we think are fabulous and that we love, but about fragrances that were innovative and influential — fragrances that would rate a section in Michael Edwards' Perfume Legends, should he ever update it (right now, it ends, fittingly enough, with Angel).

But as always, you can also just tell us your scent of the day!

*You can read the whole thing at A master class on fragrance: Frederic Malle ‘publishes’ scents without stories at the Montreal Gazette.