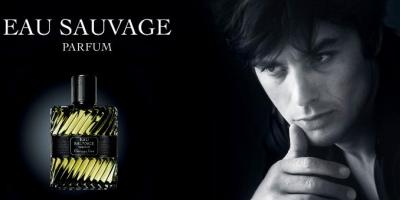 Certain iconic fragrances have an army of supporters who despise any “fiddling” with their beloved perfume; Dior's Eau Sauvage by perfumer Edmond Roudnitska is one such fragrance. Released in 1966, Eau Sauvage has been getting lots of love for decades, even as the formula was tweaked. I like Eau Sauvage and enjoyed its variations: Eau Sauvage Extrême (1982 version) and 2007’s Eau Sauvage Fraîcheur Cuir (both discontinued). I’ll admit to getting a little excited at the prospect of Eau Sauvage Parfum (which is not, strictly speaking, a flanker, but a new concentration of Eau Sauvage Eau de Toilette).*

Featuring bergamot, vetiver, myrrh, woods and amber, Eau Sauvage Parfum was developed by perfumer François Demachy and is described as a woody-amber perfume (as opposed to the original Eau Sauvage Eau de Toilette, an aromatic citrus-floral); thus, I didn’t think for a minute that the new Parfum would be a “stronger” version of the original fragrance.

Eau Sauvage Parfum goes on watery and weak; my first thought on smelling it was: “Parfum?” Quickly, the fragrance intensifies. During most of Eau Sauvage Parfum’s development, notes bang into each other like hard, heavy balls do on a pool table (the effect is “jarring,” especially when smelled up close); fragrance notes fragment on skin to produce “patches” of citrus, wood, myrrh.

The first “interaction” of Eau Sauvage’s notes is between strong bergamot and even stronger myrrh. There is also an unidentifiable “earthy” (root-y) note that doesn’t smell like any vetiver I’ve encountered before. Is it “engineered” vetiver? Vetiver taken apart in the lab and reassembled? Something else entirely?

As Eau Sauvage Parfum dries and heads into “mid-development” (the difference between head and heart notes is not “stark”), its myrrh becomes vegetal, almost like the scent of an herbal cough drop (mildly medicinal). During Eau Sauvage Parfum’s next phase, I can isolate smells of green citrus peel mixed with sheer woods and a moment or two of a scent that reminds me of “chilled green olives!” 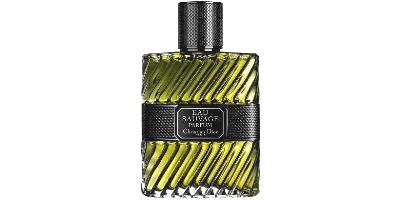 Near the end of its development, Eau Sauvage Parfum smells of sweet “nougat-y” incense: myrrh mixing with liquor-y tonka bean. If only the Parfum ended here, I’d be happy. But Eau Sauvage Parfum’s last gasp, I should say blast, is of amber-y white musk. In Eau Sauvage Parfum, the white musk is strong, outlasting a hot shower, but it’s not as ‘destructive’ to Eau Sauvage Parfum’s formula as it is in other perfumes I’ve tried lately. Still, this “white” musk brings with it sticky sweetness and a laundry-esque vibe. Too bad this overused ingredient has cheapened the base notes of so many fragrances, especially in the last few years, even ruining otherwise high-quality perfumes with its obnoxious presence.