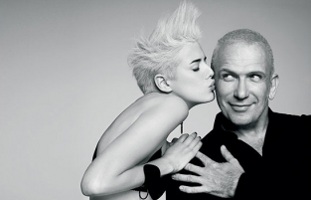 Jean-Paul Gaultier is a French fashion designer. Self-taught, he started as a design assistant for Pierre Cardin in 1970. His first independent collection was shown in 1976. Gaultier is known for his streetwear-inspired ready-to-wear (he did not do couture until the 1990s) and his gender-bending approach; in his early years, he was often called the enfant terrible of French fashion.

In addition to designing for his own labels, Jean-Paul Gaultier has been creative director at Hermès since 2003.

In 2014, Gaultier announced he would no longer do ready-to-wear, but would concentrate on couture and the perfume collection.

Fragrances were introduced in 1993 with Jean-Paul Gaultier, later known as Classique. Le Mâle followed in 1995, Fragile in 1999. All three were known for their unusual compositions and innovative packaging.

The Jean Paul Gaultier license is held by Shiseido subsidiary Beauté Prestige International. In 2016, the license moved to Puig, and older fragrances other than Classique & Le Mâle were eliminated.

The Jean-Paul Gaultier fragrance line can be found at department stores and online fragrance discounters.

See all articles on Now Smell This tagged Jean-Paul Gaultier.

Read The Way We Live Now: 07-08-01: Questions for Jean-Paul Gaultier; An Artist? Moi? and The Triumph of the Repressed, both at the New York Times.