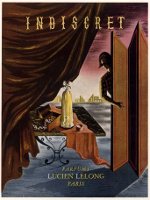 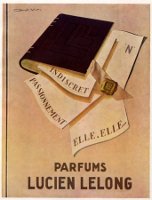 We stopped at the estate sale on a whim. A friend and I had just spent the afternoon on a rainy hike. The dog was sacked out in the back seat. A hot bath and nap waited at home, but a sign to the estate sale beckoned from the main road. "Do you want to stop in? It should only take a minute," I said, fibbing just a little.

My friend was a good sport and pulled over in front of the modest house. Since it was late on Sunday, pickings were slim. The remaining furniture and lamps showed a grandmotherly house that had its last major redecorating in the early 1960s. A card table held a dented cocktail shaker and some gold-rimmed highball glasses. A box of greeting cards, used, sat on a coffee table. Some were written in blue fountain pen that had started to fade to brown. Two partially-full boxes of spiral incense from Japan kept recipe booklets company on an end table. Hanging on a bedroom door was a full Shriner's outfit, from booties to cap.

All this was intriguing fodder for the imagination. (Did she travel to Japan at some point and bring back incense, then discover she couldn't get the darned things to stay lit? Did she throw the cocktail shaker at her randy brother-in-law and that's why it's banged up? Did her husband die in a freakish fraternal lodge-related incident involving miniature cars?) But it wasn't why I came to the sale.

Then I found it: a quarter ounce of Lucien Lelong Indiscret extrait. Bingo. Better yet, it was only four dollars. Jean Carles, author of the classics Dana Tabu, Carven Ma Griffe, and Schiaparelli Shocking, created Indiscret in 1935. My guess is the bottle I bought — flat, octagonal, with gold cap and rubber stopper — was from the 1950s. On skin it smelled spicy, woody, powdery, and floral and was reminiscent of Millot Crêpe de Chine, but with a definite clove note. Its floral heart was tight and seamlessly blended, giving the shape rather than the distinct fragrance of jasmine, ylang ylang, carnations, and other flowers I can't suss out. As Indiscret warmed, a little musk showed itself, but the incensey wood stayed strong. It smelled old fashioned the way Ava Gardner was old fashioned.

What kind of woman was the owner of the house that she chose Indiscret? Was she as mysterious and elegant as the fragrance? From looking at the remains of the estate sale, I would have pegged her as a Caron Fleurs de Rocailles sort of gal.

Clutching my bottle of perfume, I moved on to the kitchen to search — in vain, as always — for a Le Creuset Dutch oven. While I scanned the piles of cake pans and plates for Le Creuset's telltale flame enamel, my friend called me over. "Look at this," she said. She'd found a black and white, deckle-edged photo of a woman standing in front of the house. "It must be the owner." She wore a light-colored Katherine Hepburn-style pants suit and a small hat perched on the side of her head. She was tiny-waisted and curly-haired and smiled broadly. It looked like it was taken in the 1940s, just after the house was built.

Besides the Indiscret, I went home with a box of the spiral incense; a packet of notepaper shaped like a long hand with red fingernails, with "a longhand note" inscribed at the top; and a linen napkin cross-stitched with "Go, I Dare You!" and an old-fashioned car. But I wish I'd bought the photograph of the house's owner. I'd like to look at it again. I'd like to examine her more closely for traces of Indiscret.

Lucien Lelong Indiscret was discontinued, then reissued in the late 1990s as what the Lucien Lelong website describes as a "complex fruity floral". If anyone can comment on what the current formulation smells like, please do!