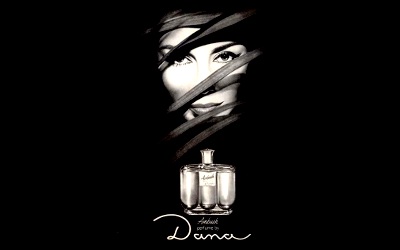 In perfumery, lavender has mostly been set aside for men’s scents — for fougères in particular. Lavender-focused fragrance marketed to women is scarce enough that we can practically count them on one hand: Christian Dior Dune (the moody stalwart), Jean Patou Moment Suprême (the one that got away) and Vero Profumo Kiki (the new standard). You might be able to toss in a few others. To this list, I’ll add the original Dana Ambush.

Lavender carries a lot of baggage. In considering a lavender-focused fragrance, a perfume house faces the challenge of creating a perfume that doesn’t feel too masculine to women. Or, worse, a scent that smells like toilet bowl cleanser. Even more confusing, many "lavender" scented candles and air purifiers smell more like candy than the real thing.

My bottle of Ambush Eau de Cologne dodges both the macho and cleanser bullets, but it doesn't smell like a lavender sachet, either. Ambush balances its lavender with powdery, vanillic heliotrope, giving it a little bit of the feel of an herbal marshmallow without being tooth-achingly sweet. It’s just sweet enough to pop it out of fougère territory and cast hints of vanilla, violets and roses, while still feeling as fresh as a stack of line-dried cotton sheets.

As you’d expect, Ambush is brighter and more citrusy in its opening seconds, but it quickly settles into a comfortable lipstick lavender and doesn’t change much until it fades after three hours or so. It’s as if Ambush says, “Do Moment Suprême’s complicated anise and almost cinnamon-like notes freak you out? Don’t worry, I’m gentle and floral. Maybe Dune’s ambery-mossy wood gets you down? Fear not. I’m cheerful: more like mown grass, a powder compact and Peeps.”

I love smelling Ambush, but I cherish my dram of Moment Suprême Extrait — and the lavender-inflected rose of Ciro Danger — more highly. I love knowing that in Ambush there’s another exploration of lavender out there, and one that once took the market by storm. For the brave perfumer will to venture beyond the classic fougère, lavender offers fertile ground. Just saying.

The original Dana Ambush is long discontinued, but was once common enough that you might surprise yourself by finding a bottle at a thrift shop or estate sale like I did. Old Ambush fetches a high price on eBay.

1. Ed note: The Carles version was discontinued in the 1970s. The 1990s version used the same name but was otherwise unrelated to the original, and it has likewise been discontinued.