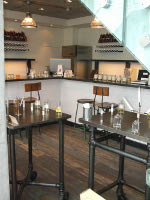 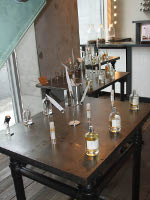 Tokyo is not a perfume-mad city. You won’t catch whiffs of elusive scents as you go travel the Metro system; in the department stores you’ll struggle to find more than the mainstream Chanels and Guerlains, with a small corner set aside for a selection of other, well-known scents.

Given Tokyo’s lack of enthusiasm for fragrance, Le Labo’s decision to open a boutique seems brave to the point of madness. However, they’re hoping to persuade the Japanese that scent can be fascinating, and the area they’ve chosen for their store — Daikanyama — is one of the most chic and boho areas of the city. It’s a place full of small, uber-trendy shops and restaurants, the kind of place you’d find Sienna Miller shopping for clothes. In the south-western part of the city, it’s the place where many foreign embassies are located. 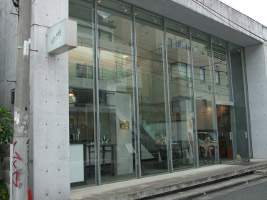 The Le Labo shop is a large space — especially compared to the modest corners the company occupies in London and Paris — on two floors, with a downstairs laboratory that really looks like a scientific installation. It’s not obvious from the outside that it’s anything other than a small industrial showroom, so keep your eyes peeled!

The Tokyo city exclusive is Gaiac 10, which is a subtle scent with demure sillage. You sense that it’s been designed to convert the Japanese taste, and may well do so — if they can afford the (let’s face it, high) cost. 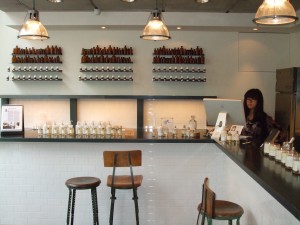 Note: if you’re keen to buy Gaiac 10 without the trip to Daikanyama, you may be interested to know that there’s a tiny, tiny Le Labo concession in a department store called Isetan, in Shinjuku. (This was also by far the best store for perfume hunting that I found in the city.) Gaiac 10 can be sampled and bought here.

Getting there: Japanese addresses are terribly complicated. Streets aren’t usually named — instead there are numbers delimiting blocks of streets, and the houses are numbered according to when they were built, rather than where they actually are. So the address below isn’t terribly helpful.

The shop is in the southern part of Shibuya district, between Ebisu and Shibuya stations. The easiest way to get there is to go to Daikanyama Station on the Tokyu Toyoko metro line. Emerging, turn left, first left, and first right. It’s about a minute’s walk.

It’s often possible to get your hotel to phone a business and ask for a fax with detailed directions. If you’re getting a cab, make sure you have Le Labo’s phone number with you. Satnav often makes use of phone numbers rather than addresses, apparently!

See also: shopping reports for Le Labo in New York, and at Liberty of London.