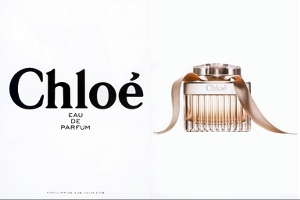 The 2009 fragrance awards season is over*, and we have a winner: Chloé Eau de Parfum, a perfume that Chandler Burr of The New York Times characterized as "an uninteresting, clichéd floral". Chloé took a grand total of 5 awards for best fragrance, including a US Fifi Award, a People's Choice Award from the UK Fifis, and awards from the Canadian Fragrance Awards, the Grand Prix du Parfum (France) and Cosmetic Executive Women UK.

On the men’s front, Paco Rabanne 1 Million was the “most honored”, taking a total of 3 awards.

*Although I should point out that Basenotes has not yet tabulated their results this year, and I haven't seen the winners from Spain's Academia del Perfume — I'm not even sure if they are doing an awards ceremony for 2009.