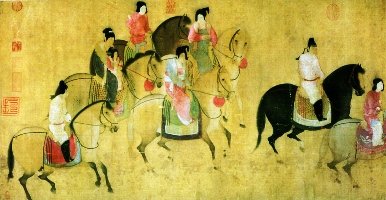 Habit Rouge was created by Jean-Paul Guerlain and released in 1965; the original, rather baroque, list of ingredients (lemon, bergamot, basil, pimento, cinnamon, carnation, rose, rosewood, sandalwood, patchouli, cedar, amber, vanilla, moss, leather, benzoin, labdanum, olibanum) bears little relation to the Habit Rouge you’ll smell today. The current version of Habit Rouge smells “edited” for modern tastes, but remains instantly recognizable to those of us who have worn the fragrance over the years. 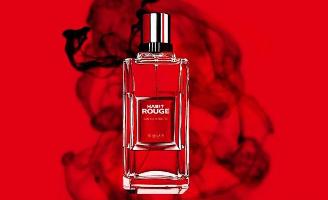 Habit Rouge Eau de Toilette opens with a citrus-drenched (astringent) orange blossom aroma (think ‘fancy barbershop’) and the slightest hint of musk; subdued wood notes surround the fruit and blossoms — then vanish as lemon and orange peel aromas become active. A resin-y leather and carnation/clove accord appears mid-development and lasts a long time; this accord is followed by the scents of dry vanilla  mingling with powdery and subtle incense notes. Habit Rouge dries down to piquant amber.

Vintage Habit Rouge Eau de Cologne smelled a tad foppish, “dense” — yet filigreed at the same time; I always felt much older than my years when I wore it. I don’t mourn old-style Habit Rouge; I love the new ‘clearer,’ streamlined version and find it easier to wear than earlier formulations of the fragrance (and I no longer worry that people smelling my Habit Rouge-scented self will think I’m wearing garters and monogrammed button-front boxers under my street clothes). 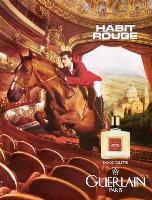 Habit Rouge has always been advertised with images of men in riding clothes (red jackets? de rigueur!) sitting atop (or galloping on) gleaming, beautiful horses. On the French version of the Guerlain website, Habit Rouge ad copy references: “hot” leather (saddles warmed by the rider’s bum and the overheated horse? damp riding boots? sweat-drenched/clenched reins and gloves?); scents of trampled-on ground and forest; perspiring horse skin. The aromas of exercising man and beast have never come to mind when I smell Habit Rouge; there is nothing sweaty, “hair-y,” dirty or earthy about the perfume (and its leather note smells smooth and clean).

While pondering what image to use for this review, I thought of the Tang Dynasty artist Zhang Xuan and his painting of a group of men, women and children from the Tang court having a romp on their horses; the scent of Habit Rouge brings to mind refinement, ease — a peaceful and satisfying life.