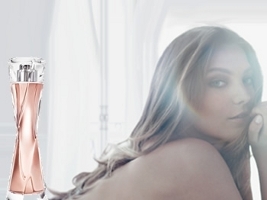 Lancôme will launch Hypnôse Senses, a new flanker to 2005's Hypnôse fragrance for women, in June. The new fragrance is described as "carnal and disconcerting", and features a chypre base.

I will update with sizes and concentration when I find them. (via veraclasse.it, elle.it, glamourparis.com)

Update: thanks to Nick for the news that Lancôme Hypnôse Senses will be in 30, 50 and 75 ml Eau de Parfum.

Another update: Lancôme Hypnôse Senses "was developed to recruit a younger audience to the brand’s perfumery portfolio". Additional notes include honey, pink pepper, vanilla and mandarin. It will be sold at a lower price point than the original Hypnôse, but will not launch in the US until near the end of 2009. (via wwd)