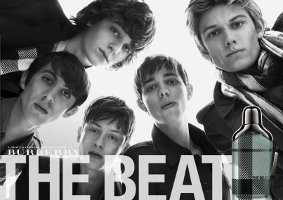 The inspiration for Burberry's The Beat for Men, according to Burberry creative director Christopher Bailey, was music, specifically the music of the bands Razorlight, the Fratellis, Arctic Monkeys and Kasabian. “I think there is so much crossing over between creative mediums,” said Bailey. “Art, design, fashion, music — they all feed off each other and inspire each other. So I sat with the perfumers and gave them a ton of music. I think it’s a bit lazy to say, ‘The guy is 18 to 25, lives in that type of house…’ I don’t care how old or how young the guy is. It’s the attitude, and what taste the direction goes in. So the perfumers listened to the music as they were creating the fragrance, and they got it instantly.”*

After implying The Beat’s target audience’s age didn’t really matter, Bailey said “being young and effortless” was the attitude he wanted for The Beat; the fragrance should “be about movement, energy — a younger, cooler, more urban Burberry.” According to The Beat marketing materials, the men in The Beat ads ARE dissimilar in occupations and backgrounds but they all look somewhere around age 20 and weigh in at, what, 130 pounds? They are cute, but would benefit from a nap and some fish and chips (at least on the day of the photo shoot). 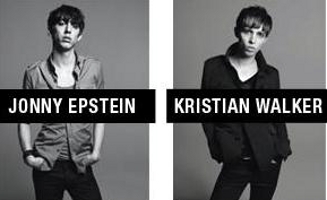 The Beat for Men was created by perfumers Olivier Polge and Domitille Bertier, and The Beat’s listed notes are leatherwood, Bourbon vetiver, cedrat, black pepper and violet leaf (do those sound like “rock ’n’ roll” notes to you?) Don Loftus, president and CEO of P&G Prestige Products in the U.S., likes The Beat’s musical connection: “Both music and fragrance create a mood and change your point of view, so we think it’s an innovative way to approach the development process.”*

The Beat opens with citrus, violet leaf and a touch of vetiver; the aroma is fresh and fruity in character — but strangely “subdued.” Into this slightly “green” world, marches what must be “leatherwood”…smelling suspiciously like cedar-cumin. The Beat’s pepper note is subtle and its woods are mid-strength (and just a tad “sweaty” and vanillic). There’s nothing to dislike about The Beat; it’s well done, but certainly not edgy, let alone cutting-edge. Christopher Bailey likes the word “effortless” and the The Beat is “effortless”: layer some DSquared2 HeWood with Gucci Pour Homme and you approximate the scent of The Beat — but with a livelier tempo and louder volume.

Burberry The Beat for Men is available in 50 and 75 ml Eau de Toilette.