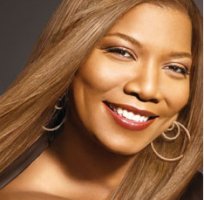 The rumors are true: Queen Latifah has signed a contract with Parlux and will launch her debut perfume in the fall of 2009. (via cosmeticnews, image via queenlatifah.com)

Another rumor that turns out to be true: Avril Lavigne. She has signed with Procter & Gamble, and her first perfume should launch in 2009. (via wwd)

Lindsay Lohan? We first heard rumors in 2006, reportedly, she is now "set to launch her own perfume line". No contract has been announced; stay tuned. (via femalefirst.co.uk)