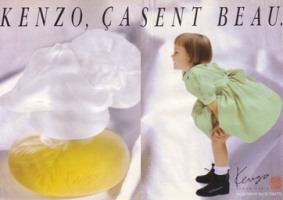 The dessert course has never been among my many vices. I can track a fresh bowl of heavily buttered popcorn from several blocks away, but the Triple Brownie Blackout cake has never called my name. Of course, I like chocolate — those people who claim not to like it always make me suspicious — but it must be very dark, and in fact, I will happily eat that 98% cocoa solids stuff with the consistency of chalk. Unfortunately, I do still drink pop, although I blame the carbonation there: I choose mineral water when it’s available. I love traveling in the U.S. because of the wide availability of brewed, unsweetened iced tea. (In Canada, if you are foolish enough to ask for an ice tea, you will likely get a syrup-based product out of a drink gun. If you can finish it, you are a better person than I am.) When I am cajoled into a dessert, ice cream or coffee bar by one of the many sugar-addicted members of my family, my first question to the server is always: “Which option would you say is the least sweet?”

This is usually my first question to a perfume sales assistant, too. I self-identify as a lover of bitter, salty, herbal and spicy smells. Looking over my fragrance collection, however, I am forced to contemplate the possibility I have been deluding myself. I love vanilla. I love heliotropin. I love, heaven help me, custard-like smells. Looking over the fragrances I wear most regularly gives me another clue into my psyche. I like gourmands that camouflage their intentions. It helps if a fragrance does not come in a bottle featuring something that can be attached to your charm bracelet. There should be some green, fresh, medicinal, or big floral notes to give the thing an air of respectability. Most importantly, a great gourmand should wear its sweetness lightly, charming and surprising the nose straight through to the end. If you’ve been wary of gourmands because they all seem to dry down to cotton candy or waxy chocolate, here are five to try.

Bond No. 9 Chinatown: Released in 2005, Chinatown was created by Aurelien Guichard, whose Nina Ricci Love in Paris is another sneaky, quirky gourmand. In an interview with Osmoz, Guichard cites Guerlain L’Heure Bleue and Dior Diorissimo as the female fragrances he most wishes to have created, and in a way, this is no surprise. Chinatown radiates with classical confidence, its sillage insinuating itself everywhere, relentlessly peachy-sweet and cheerful. The patchouli, amber and cardamom beautifully temper the vanilla, giving a dark and self-contained gloss to the dry down: all in all, a fragrance pearl.

Slatkin Persian Lime Blossom & Mimosa: A Christophe Laudamiel creation, this very interesting twist on the traditional mimosa fragrance is sadly discontinued. Instead of playing up the almond-vanilla character of mimosa, Laudamiel chose to emphasize the fresh, milky character of the flower, accenting it with a tropical fruitiness (mandarin, coconut, banana-like ylang-ylang) and a smoothly varnished woody dry down.

Thierry Mugler Miroir des Envies: At first, though I liked the sandy, solar dry down that marks the participation of Christine Nagel, I was turned off by the intense chocolate-hazelnut note at the heart of this “Mirror of Desires”. With each sampling, though, the mellow, sun-freckled, long-limbed wholesomeness of the fragrance has grown on me. I guess all those years of watching ridiculous commercials that insist Nutella is good for you (it contains milk!) finally worked.

Kenzo Ça Sent Beau: Created in 1987 by Françoise Caron, this is the fragrance that finally captures the smell of my Platonic ideal of candy. As a child, I read all sorts of British stories with people mooning over Turkish delight — Edmund Pevensie, from the Narnia books, was one such character, but there were others — and I therefore imagined it was ambrosial stuff. The real confection had to come as a bit of a disappointment, then, even when I had some freshly imported by a Turkish friend. Ça Sent Beau smells more like my dream tasted: slightly, indigestibly floral, dusted with weightless powdered sugar and full of citrus zest and cream, like melted sunlight.

Serge Lutens Douce Amere: Douce Amere contains cinnamon, absinthe, anise, lily, jasmine, tiare, marigold, cedar, vanilla and musk — which sounds like one fine mess, if you ask me. But this fragrance works remarkably well: it is carefully crafted and yet unpretentious, sweetly soothing, but also refreshing. Robin describes it as “a milky pudding laced with black licorice” and my husband says it smells like any number of other fragrances I`ve made him smell recently — “only better.”