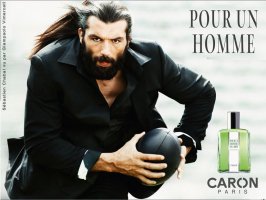 Back in March, I asked how many of you thought the then-upcoming book Perfumes: The Guide would impact your fragrance spending. About half of you were worried about your wallets. Today's question is a bit broader: I'd like to know about the last perfume you bought unsniffed based on a review you read anywhere. If you're up for a confession, tell us the name of the fragrance, where you read the review, and how the purchase worked out for you.

My last unsniffed purchase was Hermès Un Jardin après la Mousson, but that wasn't based on a review, in fact, if I had waited to read the reviews, I doubt I would have bought it. Patience is a virtue, but it is not a virtue I possess. The last fragrance I bought unsniffed that "counts" for today's poll was Lalique's Encre Noire. I got sucked in by this lovely review at Bois de Jasmin, and do note that it only took 3 sentences to convince me that I needed a bottle. It worked out beautifully; in fact, it worked out considerably better than the vast majority of my unsniffed buys.

The image has nothing to do with anything except that I've been waiting for an excuse to post it; it is the new Caron ad for Pour Un Homme featuring rugby player Sébastien Chabal. This is not your father's Caron, eh?

Note: you are more than welcome to link to the review you read, if it is online, but PLEASE use tinyurl, thanks!