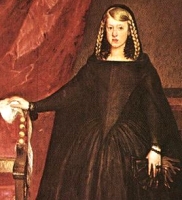 Numerous times over the past couple years, readers have emailed or commented to tell me that Donna Karan had discontinued Black Cashmere (and for anyone who missed the news yesterday, it is, in fact, a goner). How did they know? A sales associate told them.

Rule no. 1: never believe a sales associate who tells you a fragrance is discontinued.

This is as true in swanky brand boutiques as it is in Macy's. I was told several years ago by a sales associate in the Chanel flagship boutique in New York City that Chanel no longer produced Cristalle in Eau de Toilette. Cristalle in Eau de Toilette, like Donna Karan Black Cashmere, is one of those fragrances I worry about late at night when I ought to be worrying about the war or world hunger or the cut of my jeans or something. I'm not going to drop dead from surprise when it finally does get axed, but at the time it was not discontinued — yet.

None of which is to say that you shouldn't worry if a sales associate tells you that your favorite scent of all time is discontinued. You should worry. You just shouldn't necessarily buy a lifetime supply until you've confirmed the story.

Rule no. 2: even if a store owner tells you a fragrance is discontinued, be wary.

Remember that many retail stores do not buy directly from the perfume house(s), they buy from distributors. If the distributor stops carrying a fragrance, they may tell the store that the scent has been discontinued. They may be right, or they may be wrong. Sometimes the fragrance is simply no longer going to be carried by that distributor.

Rule no. 3: if you want to know if a fragrance is discontinued, ask the brand, but don't assume that the right hand knows what the left hand is doing.

The only way to find out for sure if a fragrance has been discontinued is to ask the brand directly, either by email, snail mail or telephone. You can often find contact information on the brand's website, assuming they have one.

But do bear in mind that many large perfume houses have separate business operations for different countries, and you cannot assume that the representative you talk or correspond with in the United States knows anything about what is being sold elsewhere. More than once I've been told by a customer service representative that a fragrance was discontinued, only to find out later that it was still in production, it just wasn't exported to the United States. If the brand is French and has a flagship boutique in Paris, sometimes that is the best source of information.

Note: image is me in full mourning dress for Donna Karan Black Cashmere. Or, alternatively, it is detail from The Empress Doña Margarita de Austria in Mourning Dress, 1666, by Juan Bautista Martinez del Mazo, via Wikipedia.

Rule no. 4: hoard discontinued fragrances if you must, but don't forget they might end up being reissued.

Less than a year after I wrote this article, Donna Karan reissued Black Cashmere as part of a new collection of "iconic" fragrances.