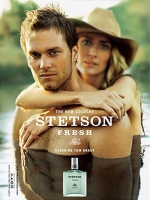 The clean, crisp fragrance of the American West. A fresh blend of citrus, woods and spices capture the brisk air, water and lush greenery of the mountains. 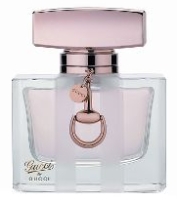 This powerful yet feminine fragrance represents a modern version of the great iconic women of the past. Fascinating and inspiring, it features top notes of pear, guava accord and chamomile that lead to a heart of lily of the valley and orange blossom. A base of patchouli and musk leaves a striking and lasting impression.

That is the same description they've used for the Eau de Parfum, mind you.

Gucci by Gucci Eau de Toilette is available in 50 and 75 ml. The quote and the image are via Dillards, where the scent is now available. The coloring of the bottle as shown at Sephora (where it is not yet in stock) is entirely different, and I've no idea which is accurate. If you've seen it in person, do comment!