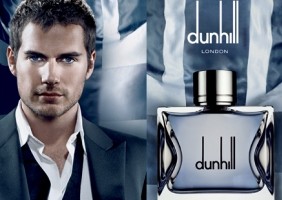 ...for any gentleman that embraces his surroundings, exudes his personality, and embodies the city in which he lives.

The fragrance is a "meeting between the fougere and the oriental families", and includes notes of red apple, rose, jasmine, geranium, patchouli, vanilla, sandalwood, tonka bean and musks. Dunhill London is fronted by actor Henry Cavill, of the Showtime series The Tudors.

Dunhill London is available in 50 and 90 ml Eau de Toilette and in matching grooming products. It is exclusive to Selfridges in the UK and is expected to go into wider distribution later this month. (first quote via selfridges, second via cosmeticsinternational)

...is said to inject notes of aquatic freshness into the original juice. Key ingredients include grapefruit, cardamom, juniper berry, ozone and the cassowary fruit, on a base of musk and woods.