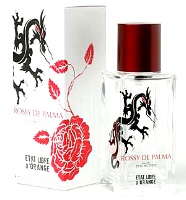 Noël au Balcon will be a limited edition holiday fragrance exclusive to Sephora (presumably, only in France), where it will debut on the 1st of November. It was developed by perfumer Antoine Maisondieu and includes notes of mandarin, vanilla, honey, orange blossom, apricot, red pepper, patchouli, musk, labdanum, cinnamon and black cumin. (via etatlibredorange)

Update: Noël au Balcon was later added to the regular line, and you can see a review here.