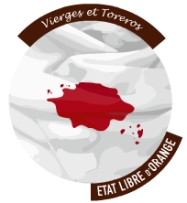 Etat Libre d'Orange has launched two more fragrances, bringing the total number of releases since the line was introduced last year to 13:

Don't Get Me Wrong Baby, I Don't Swallow is by Antoine Maisondieu, and features jasmine, aldehydes, lily of the valley, orange blossom, amber solar accord, patchouli, cacao and marshmallow.