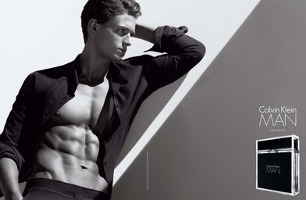 Eternity and Obsession (in men’s and women’s versions), Escape (for women) and cK One are the six Calvin Klein fragrances I like. The Eternity, Obsession and cK One scents are all so “instantly recognizable” (and commercially successful) that I find them ‘difficult’ to wear.

Perfume People are an annoying bunch. We like fragrances with individuality, originality, and we like to smell different from the “masses.” We are drawn to exclusive scents. Any perfume that’s wildly popular, even if we like it, even if it stands out from the perfume pack, often does not get bought and worn by Perfume People because “Everybody’s wearing it!” I love Christian Dior Fahrenheit, but I rarely wear it because on the days I do, I am stopped in elevators, in line at the coffee shop, by the postman, and told: “You are wearing Fahrenheit.” Yes, I am — now leave me and Fahrenheit alone! I hate my perfume snobbery but can’t seem to overcome it.

I don’t have to worry about such petty perfume concerns and my character flaws with the new Calvin Klein MAN cologne. It’s a nice fragrance but even if millions of men wear it, it won’t scream its identity to the world — it fits snugly into the men’s mainstream fragrance mold.

Calvin Klein MAN contains rosemary, mandarin, bay, nutmeg, incense, spearmint, cypress wood, and, oh dear, the usual (and overused) fragrance notes of bergamot, violet leaf, guaiac wood, sandalwood, amberwood (which is in LOTS of fragrances this year) and musk. Calvin Klein MAN starts with bergamot, cypress, a bit of bay and violet leaf. Nose boredom sets in immediately, but then the scent freshens thanks to mentholated rosemary and spearmint. (I like minty fragrances, but if you don’t, you may have trouble with the mid-section of Calvin Klein MAN.) The mints mix nicely with a subdued, unburned incense aroma; the heart of the fragrance with its minty incense is my favorite part of Calvin Klein MAN. As the mints calm down, I can detect one of my favorite notes: nutmeg. Too bad the nutmeg signals the start of the fragrance’s classic (or if you prefer “conventional”) warm finish of guaiac wood (with a tinge of rose aroma), sandalwood, amberwood and musk.

Calvin Klein MAN is a well made fragrance and it, along with Narciso Rodriguez for Him and Tom Ford for Men, make a pleasing trio of new mainstream men’s scents for fall and winter. But I’m not thrilled with any of these colognes and I’m left asking the question: why must all these masculine fragrances be so TAME? As with many mainstream men’s fragrances, Calvin Klein MAN is just too smooth, too ‘laundered’ and ‘well-pressed’ for my tastes. I’m frustrated as I think of what Calvin Klein MAN might have been — what if its spearmint and rosemary had been amplified, what if guaiac wood’s rosy element had been accompanied by a medicinal rose accord, and what if Calvin Klein MAN’s ‘incense’ had been burning, instead of simply sitting in its unopened cellophane-wrapped box?

Note: Kevin will be incommunicado until 13 October; please feel free to comment if you can wait that long for a response!