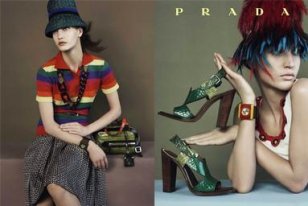 Last night I undertook a little reconnaissance mission to my local mall. I wanted to try the new Midnight Poison by Christian Dior (more about which next week), and I figured I might see one or two new perfumes I didn't know about. No such luck, although Hermès Kelly Calèche is now on counter at Neiman Marcus, in case anyone was waiting for it, and they also had a tester of the upcoming White Jasmine & Mint from Jo Malone.

I've written before about how unforgivably dull I find perfume shopping, but what has struck me most forcibly on my last few trips has been how remarkably little staff turnover there is behind the fragrance counters. It makes scouting expeditions rather uncomfortable. I am sure I am not the only perfumista (e.g., sample whore) who has only one decent mall within easy driving distance, and finds that eventually, they can no longer pass as a "normal" customer. I am not exaggerating when I say that the same woman has been standing behind the register in the perfume area at my local Nordstrom's for the past four years, day and night, Monday through Sunday. I have begun to suspect that she sleeps on a little couch in the employee lounge and never leaves the place at all, and I am sure she dreads the very sight of me even more than I dread the very sight of her. She is unfailingly polite — this is Nordstrom's, after all — but we both know I'm not going to buy anything, and that she is not going to get rid of me until she makes me at least one sample, maybe two.

At Neiman Marcus, I stopped to spray on a little Prada Infusion d'Iris. It was my third try, and I could no longer withstand its charms — I bought a bottle. At full department store prices, something I do only very, very rarely. I'll possibly regret it later when it hits the discount stores, but it seemed a shame not to have it before the summer is over (it is perfect for this time of year). I meant to review it today, but woke up with a nasty summer cold and can't smell a thing. So that will come next week as well.

Infusion d'Iris has set me to thinking about Prada in general. I don't follow designer fashion at all, so what little I know about the aesthetic values espoused by the various brands comes filtered through their fragrance output. Now that Prada has released their third mainstream scent (not counting the flankers and the Prada-boutique exclusives) and I've had the chance to try it, I've come to visualize the house as representing understated elegance. Nothing flashy, nothing loud, nothing overtly trendy. A quick perusal of some of their fashion ads this morning indicates that the house is perhaps not quite so conservative as their fragrances might indicate, but somehow that is even better — a line that makes trendy clothing but leaves the litchi and cotton candy to others has my deepest respect.

A quick poll ~ are there fashion houses that you think have done a particularly good job of translating their fashion aesthetic into fragrance?