More limited edition collector fragrance bottles, with the usual disclaimers: in most of these cases, the juice is unchanged, just the bottle is “special” (or not, as the case may be), and some of these may not be available in the US. Today’s post includes collector bottles from Guerlain and Victoria’s Secret; new travel sizes from Neela Vermeire; plus new concentrations of Givenchy Live Irrésistible and Trussardi Donna. 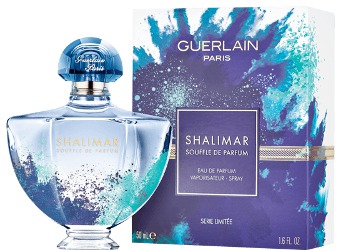 From Guerlain, Shalimar Souffle de Parfum in a limited edition bottle inspired by the Holi festival. In 50 ml Eau de Parfum, €102 at Guerlain in France… 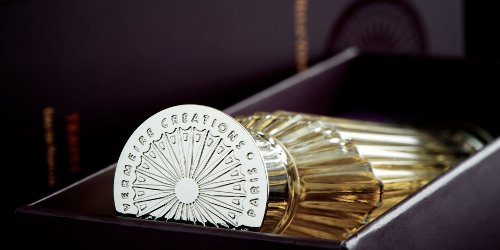 I haven’t reviewed anything from French niche line Neela Vermeire Créations so far, primarily because I know Neela — in the online sense; we’ve never met in person. Pichola so caught my fancy that I’ve been wearing it for weeks, though, and this time I couldn’t resist. Do see my disclaimer below.1

Pichola is named for Lake Pichola, and looking over images of the lake and its palace-studded islands is a pleasant way to while away your morning online, if you were in need of one. So like the other perfumes in the Neela Vermeire Créations line, Pichola was inspired by India. Perfumer Bertrand Duchaufour’s composition, like that of his recent Ostara for Penhaligon’s, comes with a long list of notes…

More limited edition collector fragrance bottles, with the usual disclaimers: in most of these cases, the juice is unchanged, just the bottle is “special” (or not, as the case may be), and some of these may not be available in the US. Today’s post includes collector bottles from Miller Harris and Jean Paul Gaultier, new packaging from Annick Goutal (and a new concentration for Matin d’Orage), and new concentrations from Neela Vermeire Créations and Kenzo. 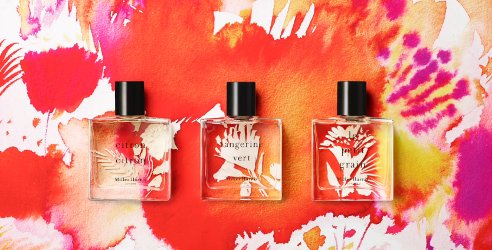 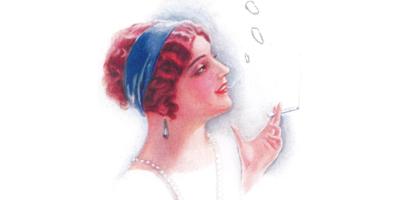 Though based in Paris, Neela Vermeire Créations’ perfumes are inspired by India: the Vedic period (Trayee), the British Raj/Mughal Empire (Mohur) and modern India (Bombay Bling). With its new fragrance, Ashoka, we’re promised a glimpse of Buddhist India. (It’s funny that Mauryan Buddhist emperor Ashoka, as an older man at least, would have probably been dismissive of those earlier perfume ideas: he rejected sacrifices of animals and what he deemed the “empty” rituals encouraged by the Vedas; he would have fought both domination by outside forces — the Brits — and blind faith in “tradition”; and he certainly would have shown disdain for the “foolish” antics, the flash and cash, of Bollywood.)

In honoring (or channeling) Emperor Ashoka,1 Neela Vermeire Créations, utilizing the talents of perfumer Bertrand Duchaufour, has incorporated many standard Buddhist elements in its Ashoka perfume: a temple (sandalwood, incense, styrax), the symbol of purity rising from the muck (pink lotus, white lotus), and fig (a tree under which Buddha meditated and reached enlightenment).2

Ashoka begins on my skin with a striking sandalwood note…