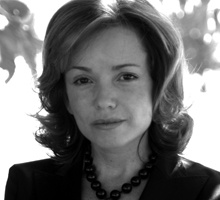 Linda Pilkington opened her boutique, Ormonde Jayne, in November of 2002. According to Linda, the Evening Standard ran a half page story and the day after she opened there was a queue around the block. At the time she had only one fragrance, Ormonde; she has since added 6 more: Champaca, Frangipani, Tolu, Sampaquita, Osmanthus, and an Ormonde version for men. Oops…make that 7 more: I left out Ta’if!

I ordered a set of samples from Ormonde Jayne in December of 2003, and the line quickly became one of my favorites. Sincere thanks to Linda for participating in this interview, which was conducted by email.