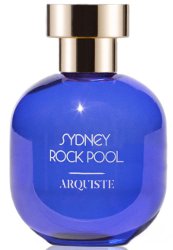 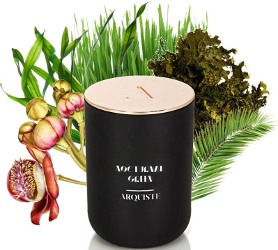 It looks like I will be the last person on earth to smell Arquiste Él and Ella. All the more reason I need Arquiste's Nocturnal Green candle: "A jungly, earthy and green candle inspired by the nighttime gardens of 1970s jet-set Acapulco, the glamorous setting behind ÉL and ELLA eaux de parfum." $85 at Beautyhabit. 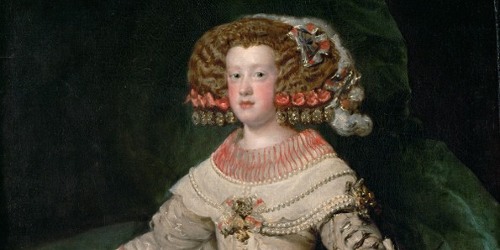 On June 7, 1660, as part of the plan to end the Franco- Spanish war, the Spanish royal family gave infanta Maria Theresa of Spain to France as Louis XIV’s bride. The hand-off happened on joint territory, the Isle of Pheasants in the Bidasao river between France and Spain.

Nearly 350 years later, Arquiste’s founder and creative director Carlos Huber stood on the banks of the Bidasao and imagined the whole royal procession. In 2009, he began researching the meeting at the Isle of Pheasants and uncovered a wealth of aromas: iris from hair pomade; rice powder scented with orange flower; leather gloves; and, of course, the countryside’s arid herbal breeze.

Models Sean O’Pry and Antonina Vasylchenko for the Arquiste Esencia de El Palacio fragrances. Then below the jump, Carlos Huber of Arquiste and perfumer Rodrigo Flores-Roux talk about the fragrances. Both videos are in Spanish with no subtitles (but the first does not rely on language anyway). 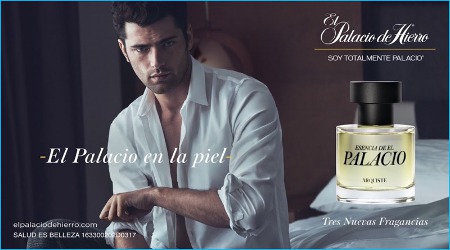 Arquiste has launched Esencia de El Palacio, a new trio of unisex fragrances for the Mexican upscale department chain El Palacio de Hierro. Azahares, Magnolios and Vetiveres are meant as an ‘olfactory portrait of the past, present and future’ of Mexico; all three were developed by perfumer Rodrigo Flores-Roux…