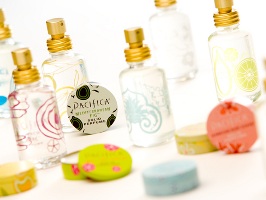 Many of the personal fragrances are available in liquid and solid form.

Pacifica fragrances can be found at Ulta or ordered directly from their website. Selected Whole Foods markets also carry the brand, as do some independent health food stores and discount chains, including Target.

See all posts at Now Smell This tagged Pacifica.