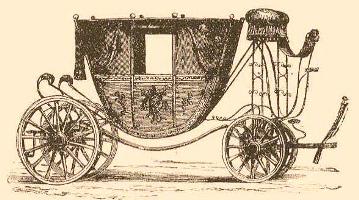 Shortly after graduating from college with a degree in English literature, I decided I should, like so many other graduates I knew, “go into sales.” I got a job at a public relations company and was assigned “non-profit/government accounts” (not exactly the money-making and glamorous clients I had envisaged). My first appointment was at a busy, city police precinct. I arrived for my meeting with the police department’s media relations specialist at the same time an infamous rapist had been brought in for booking. News reporters swarmed the building and my contact paid scant attention to what I had to say or what my company had to offer. I felt rather puny in that environment, especially as I looked at the P.R. guy’s tanned, bulging biceps...his upper arms were almost the size of my thighs.  He left the room “for a second” and never came back. After waiting way too long for him to return, I snuck out of the building.

Almost all my appointments were in some way or other embarrassing and unproductive, and my sales career ended within a month. I was left with two expensive souvenirs from those uncomfortable and futile weeks: a “business” suit (long ago donated to charity) and a Coach attaché. The attaché still resides, wrapped in a soft cotton t-shirt, on the top shelf of my bedroom closet; it’s taken out for moisturizing once a year.

At the time I bought my attaché, Coach’s goods were considered high quality but a bit stodgy. These days, Coach is hipper, and I wish I could exchange my “corporate” attaché for a new Coach leather tote, something I’d use.

I was not excited to learn Coach was releasing a men’s fragrance — perfumes by Banana Republic and Brooks Brothers have been so dull I’ve never been tempted to review them, and I imagined a Coach scent would be similar in style. But when I recently went into a Coach store and asked the sales clerk if she liked the new men’s fragrance, she said, “Uh…(giggle)…it’s okay I guess. You know?” (No, I didn’t.) I asked if it smelled like anything she knew (“No!”). I asked what fragrances for men she liked;  “Sean John …Clinique Happy…lots of stuff.” Her perfume/“stuff” tastes were different from my own, and when I sniffed Coach for Men, I liked it. (Clerk: “REALLY?”)

Coach for Men was developed by perfumer Honorine Blanc, and features notes of grapefruit, bergamot, Mandarin Naartjie NaturePrint (tangerine), Darjeeling tea, petitgrain, juniper, oak moss, cedar and patchouli.  Coach for Men begins with lively and true-to-life smells of citrus fruit (I love the wonderful-exuberant fruity blend). Mid-development presents notes of tea and what passes for oak moss these days, let’s call it contemporary moss; there’s also an ever-so-slightly-sweaty accord (a mix of grapefruit and juniper?) The cedar-patchouli base is “matte” (smooth, restrained) and tinged with the scent of citrus peel. Coach for Men’s overall composition has a “Seventies French feel” and I’d classify the fragrance as “dressy-casual” (for what it's worth).

Coach for Men ignores the obvious: a leather note. (Are leather fragrances a hard sell to men?) Coach for Men is a sweet scent, not in the cupcake sense but in the “Ain’t he sweet?” way; the perfume smells charming and easy-going…like a nice, well-dressed guy who doesn’t really worry too much about his cowlick or the cat hair on his pants. Coach for Men is an “adult” perfume and will probably be considered “old fashioned” by those who love “fresh” men’s colognes (there are no melon, no marine, no ozone notes in this fragrance).

Coach for Men has good lasting power and mild sillage; it can be worn by either sex. Coach for Men has not received much promotion since its debut in late summer (I have not seen one ad or blurb in any magazine I read); it’s contained in run-of-the-mill packaging without its name on the bottle. Apparently, Coach is no more enthusiastic about this fragrance than the clerk who let me smell it for the first time. Coach for Men is available in 100 ml (Eau de Unknown) for $75.