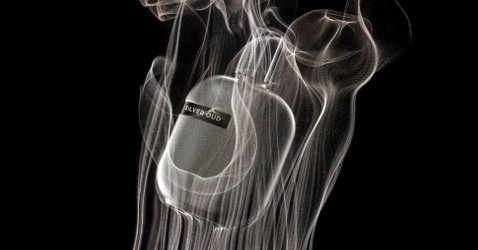 ...an olfactive depiction of Stendhal’s 19th-century French novel, The Red and the Black, and its intelligent and ambitious protagonist, Julien Sorel. ...Cécile Zarokian brings Silver Oud to life in a woody ambery Eau de Parfum that showcases the most precious Oud in all its glory.

[...] Opening with Patchouli Molecular Distillation, Cypriol Oil, and Virginia Cedar Oil, confusion lies in the lack of an expected top note. Instead, a wide variety of woods come to the fore, announcing a deep evolution. At the heart of the creation, an exquisitely rich quality Oud Assam Oil dances in unison with a deep Vanilla (Madagascar) Absolute as a beautiful duo of contrasts. Meanwhile, Ambrarome, Birch Oil, Guaiac Wood Oil, and Castoreum leave dark sillage imprints on the skin, the smoky woods blending together in an endless finale.