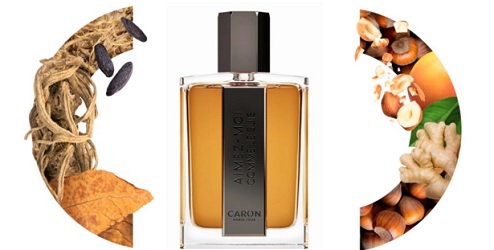 I have a mind that classifies — non-stop. With perfume houses, I often shove them into categories such as:

Off My Radar/Whatever Happened To...? Frapin; The Different Company; Keiko Mecheri; Neela Vermeire and many, many others....

Kaput (a.k.a. "demolished" "ruined"): Comptoir Sud Pacifique; Serge Lutens (all my favorites have been reformulated into watery, inexpensive-smelling concoctions; why didn't Estée Lauder buy this brand instead of Shiseido?)

To quote an ugly Zara jacket — I Really Don't Care, Do U?: Armani Privé; Bond No. 9; Clive Christian; Creed; Diana Vreeland (the perfumes, not the editor); Loewe (meanest SAs I've encountered in the world but that didn't influence its placement, I promise); Louis Vuitton; Roja Parfums; Xerjoff

Another category is "Heyday Before My Time" which would include Balmain, Jean Patou, Christian Dior, Molinard and...Caron. 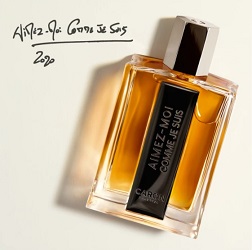 When I started writing about perfume at Now Smell This, Caron seemed worn out. I remember ordering samples of all its fountain perfumes and being shocked at the treacly, cheap-smelling fragrances I received. I had better luck with Caron vintage finds (a 50-year-old bottle of Narcisse Noir parfum) and the men's line: Yatagan and Le Troisième Homme. I've not sampled a new Caron perfume or older (re)formulations since 2012 when I tried the dull Yuzu Man. The reason I have a sample of the new Aimez-Moi Comme Je Suis is that I thought no one, even Caron, could go wrong with a rich combo of hazelnuts and vetiver (10% of the formula, according to Caron PR).

"Love me as I am" is a passive-aggressive statement, as much a command as a plea. It's a great name for a perfume, especially a perfume designed to be part aggressive, a dash demure, a tad sentimental, a soupçon needy. Caron's Aimez-Moi Comme Je Suis possesses only an overriding desire to be inoffensive (and with me, even fails at that).

Aimez-Moi Comme Je Suis opens with a sharp and metallic grapefruit-ginger accord — unpleasant, a mite aquatic, with tooth-abrading sweetness. The scent reminds me of the odors emanating from a Sephora store: sugary and synthetic.  Popping up like annoying jack-in-the-box clowns are scents of cheap, artificially flavored hazelnut candies, sweetened tobacco and insipid, ersatz vetiver (only the tobacco note can compete with the strident citrus-ginger). After awhile a mediocre/tedious "woody" smell comes to the fore (with more sweetness: tonka bean). I didn't like any phase of Aimez-Moi Comme Je Suis; after each "trial" for this review, I scrubbed and scrubbed to remove it (a hard task). After this, it will be difficult for me not to file "CARON" under my Kaput category. In response to Caron's "aimez-moi comme je suis" I must say: "Je ne peux pas."*