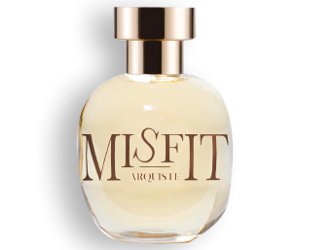 The olfactive signature of counter-culture. What was once decadent made addictively desirable. A perfume ingredient that changed perfume culture: patchouli essences re-imagined from their 19th century elegance, through their downfall, to our reconstruction.

September 1877, Port of Marseille, France.
In a bedroom in the City of Flesh, a Kashmiri shawl drapes decadently over the bed. Once extremely coveted, the shawls are now out of fashion with the bourgeois, their distinctive patchouli scent a victim of their downfall. Adopted by bohemians and prostitutes, the fragrance mixes with French lavender, musky ambers and exotic balsams. With a new edge, and in the hands of misfits with style, the ‘undesirable’ becomes desired again.

Misfit is centered on the idea of things to go in and out of fashion…of fads that go from the mainstream to the fringes of society, and from the outside back in. Of making the undesirable, desirable again. Instead of following a trend, being a misfit and reclaiming the elegance of patchouli in our own terms.