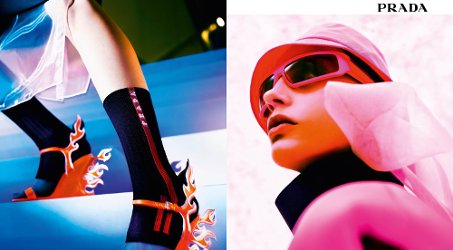 I'm in Prada Candy, which doesn't quite call to mind fire, but is indeed keeping me warm today.