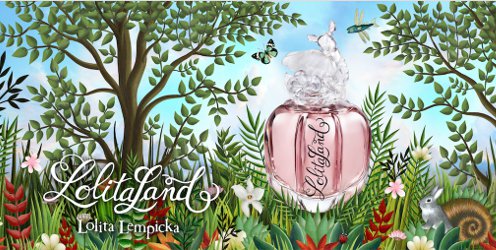 Lolita Lempicka has launched LolitaLand, a new fragrance for women. LolitaLand bills itself as a "vegan" perfume that invites you to celebrate nature, 'between dream and reality'.

Lolita Lempicka LolitaLand is available now at Nocibe in France, in 40 and 80 ml Eau de Parfum.