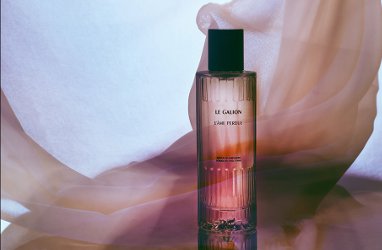 It is said this is one of the most beautiful flowers which has never existed. Exotic, foreign, and yet so familiar. It is said that it is worth more than all the gold of which kings can adorn their palaces. More than all the love that men can put in their heart. The most fabulous myths and legends were woven on her beauty. For her, wars divided men.

It is said that one day, in the roaring twenties, it marked the heart of a young perfumer so deeply that he wanted to compose his first fragrance around. But its perfume fade in an ethereal breath; elusive, fainting as it flourished. He could not bring himself to let this beauty escape, spinning between his fingers and through his heart. He forgot everything, thinking only of itself, going through this garden where the lost souls bloom.

In the lineage of its history, Le Galion celebrates the woman once more and adds a new chapter to its history. Ode to flowers, subtle alliance of modernity and great classic perfumery, Rodrigo Flores-Roux signs a rich and flourished fragrance. A great floral, of the name of the first perfume created by Paul Vacher, which resonates like a new era for the house Le Galion. That of audacity and Conquest.