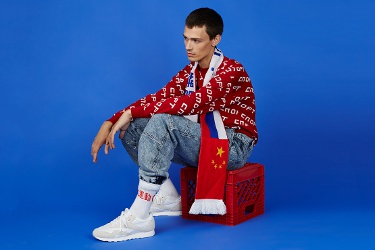 It’s one boy on a vacation, the beach, some landscapes, summer and skateboard and that’s it. It’s the best way to explain my perfume.1

That's Russian fashion designer Gosha Rubchinskiy, who started his own brand around 2008, and is known for streetwear and skateware, and undoubtedly other things I am equally ignorant about. His eponymous fragrance, released last year in collaboration with Comme des Garçons, was inspired by skate and street culture in Moscow, a particular gap in my already scanty knowledge about things that are cool and hip and young. Perfumer Alexis Dadier found his own way in:

Dadier took Rubchinskiy's post-Soviet aesthetic and applied it to his own adolescent memories of mucking around outdoors. "I started by creating a small accord – which is a combination of raw materials – to illustrate the idea of when asphalt is burnt by the sun, but then you have a storm and it rains."

To create this effect, Dadier says, "I used raw materials that are traditionally deployed in perfume in very small quantities, and used them in an unusual way."2

The end result: a slightly offbeat unisex fragrance, appropriately summer-y. Yes, you will find the promised "accents of tar and rubber to connote skateboard wheels heating up on the pavement",3 but it's done with a light hand, and it reads as quirky rather than overwhelming. The rest of it is a green-inflected, rather dry, very casual summer cologne, citrusy in the opening and woody in the dry down, with light accents of herbal tea and vetiver. The red box presumably is a nod to Rubchinskiy's heritage, but the scent itself calls for the color of grasses, just as they turn from green to straw.

Verdict: Fun, and like most summer fun, perhaps not quite so long-lived as one might wish. The particular set of notes lends it a feeling that is both outdoorsy and synthetic, and while it's easy to summon up a vision of skateboarding, it's an equally good fit with the asphalt on the playground, or perhaps some other manufactured nature experience from your own urban / suburban childhood. I classified it right away with Thierry Mugler Cologne, and later, Etat Libre d'Orange You or Someone Like You. 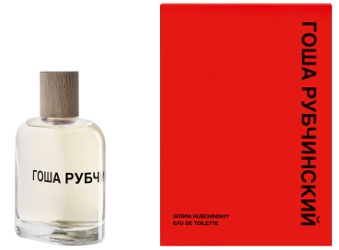