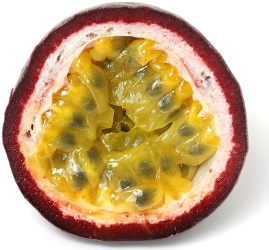 The first time I saw a passion fruit opened, I screamed. It’s such a bizarre-looking fruit. Totally unexpected. I wanted the fragrance to capture the experience of that first passion fruit: the shock of the unexpected, closely followed by delight. — Arielle Weinberg

And, bingo. The top notes of Arielle Shoshana Eau de Parfum, developed in collaboration with perfumer Cécile Hua, are unexpected, and like a few other shockingly fruity openings — Byredo Pulp comes to mind — they're likely to elicit a reaction. Whether that reaction is delight or horror, of course, will depend (some people love Pulp, some people think it's a hot mess). Me, I laughed, and then I added it to my buy list in case it ever comes out in a travel size.

But let's talk about Arielle Weinberg, in case any of you don't know who she is. Ari, for some years now, has been the blog mistress of Scents of Self, and that is how I originally know her. Some of you may also know her as Ari, from the comments here (she chimes in on the scent of the day every so often). In 2015 Ari opened her own perfume boutique, Arielle Shoshana, in the Fairfax, Virginia suburb of Washington, DC1 (and Angie wrote an Inside the Perfume Cabinet profile of her shortly after the shop opened). I've never met her in person, but all the same, I know her well enough electronically to warrant a disclaimer: if I had hated her fragrance, I would have just kept my mouth shut.

Now back to that opening: it's sweet, it's tart, it's loud, it's lively. I immediately started thinking of edibles, although the smell is too neon-bright to be from the produce aisle. Instead my mind turned to things like Tang done in the color of the pulp shown above, or possibly some sort of Wonka-ish sour ball with layers done up like the real fruit. It's so much fun that I was worried it might be a contender for a sequel to Erin's 5 perfumes: Great Moments in Top Notes. Turns out no. It does switch gears though; you could be smiling over the top notes at breakfast and it would still be subtle and serious enough for office-wear by the time your commute was over. The dry down is a soft saffron-y woody musk that riffs on Ari's favorite L'Artisan Safran Troublant, although you won't mistake either for the other, and a tangy overtone of fruit lingers on for quite some time. It has a milky - velvety finish, and while it's fairly close to the skin after a couple of hours, the lasting power is good.

Verdict: Job well done, Ari, and we're all proud of you and wondering where is that perfumista-bait travel size, anyway?

The quick poll — let's say you are writing a post called 5 Perfumes: Fun with Fruit. You have your first two perfumes, Byredo Pulp and Arielle Shoshana. What are your other 3? 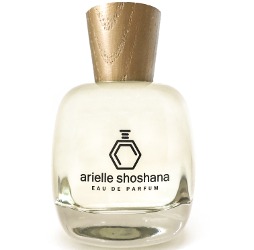