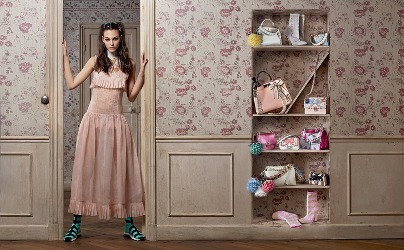 It's Hump Day, plus Banana Day, Garlic Day and Dutch-American Friendship Day! What fragrance are you wearing?

I'm in good old Fendi Theorema, which is working quite nicely with this morning's spring chill.

Reminder: on 4/21 we're doing Enchanted April (inspired loosely by the novel and movie of the same name) — wear your favorite Italian fragrance.