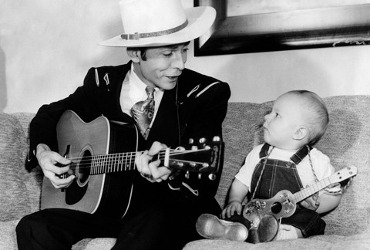 Hank Williams was born on this day in 1923. We're marking the occasion with our usual open thread poll. Talk about anything you like — the perfume you’re wearing today, the perfume you most recently saw marked down somewhere, whatever.