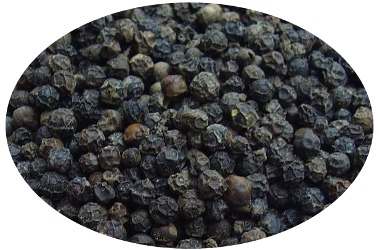 Coming off a heat wave, it’s hard to believe that Labor Day is this weekend. To me, Labor Day signals autumn, and autumn means sweaters, falling leaves and warmer fragrance. Comme des Garçons Blackpepper should come with “autumn” stamped on its label.

Say “black pepper” to me, and I think “biting, bracing, sneezy.” Fortunately, after its initial hit, Blackpepper is none of that. Blackpepper opens with a peppery blast instantly softened by wood with a skin-like, tobacco-sweet air about it. As it settles, sometimes I catch a whiff of mild spice, like waft from a glass of absinthe across the table with a pinch of cinnamon on top. Warm musk infuses the scent but doesn’t overpower it.

Before I smelled Blackpepper, I was sure it would be an assertive, spiky fragrance, like pepper itself, but it’s not.1 Blackpepper smells like a watercolor painting of black peppercorns on a wooden plank: soft, personal and almost pillowy. It’s more about wood, gentle spice and musk then it is about pepper. As Blackpepper wears, it reminds me of my driver’s ed teacher’s advice that for the smoothest stop, it’s best to ease up on the brakes just before you come to rest. This scent is no racecar.

Which brings me to what might be Blackpepper’s greatest drawback — or virtue — depending on who you are. Blackpepper is a quiet fragrance. Not only that, but after a few hours, only an incense-like trace lingers. That trace, though, murmurs beautifully. A few hours after I first wore Blackpepper, I kept sniffing the air, thinking that the hippie incense I’d burned earlier was a lot better than I’d remembered. At last I realized it was Blackpepper’s ethereal dry down. If you're sampling this one, you'd do best to try an atomizer, and don't stint on sprays.

Blackpepper does a great job of being both wearable and interesting. For people new to fragrance, I can see Blackpepper becoming a gateway fragrance to, say, Comme des Garçons Man 2. For those of us with a — ahem — bottle or two stashed away, Blackpepper might become something we reach for as the days shorten and a comforting, yet out-of-the-ordinary, scent is called for. 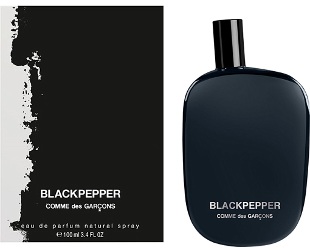 By chance, Denyse at Grain de Musc is reviewing Blackpepper today, too. Her review is here.

Comme des Garçons Blackpepper Eau de Parfum is not yet available in the United States. In the U.K., it’s exclusive to Selfridges and is £80 for 100 ml.

1. An aside on black pepper: Years ago I was at a wine tasting of Produttori Barbaresco and somehow ended up talking to winemaker Aldo Vacca about pepper. “Americans put it on everything,” he said. “The use of pepper should be a choice that complements the food. Not an automatic seasoning.”