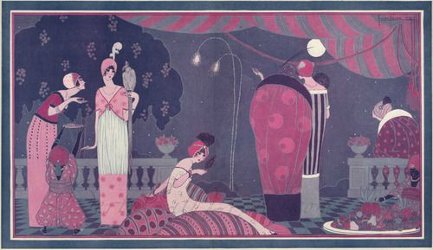 Parfums MDCI Fêtes Persanes was inspired by the Fête Persane portion of Les Indes Galantes, an 18th-century opera by Jean-Philippe Rameau. I looked up the music before I started in on the review, and, my goodness, I dare you to listen to it without your heart cracking open. (Here’s a link. It’s not quite six minutes long, and the really good stuff kicks in at just after two minutes and fifteen seconds.)

But we’re here to talk about perfume, not music. Is Fêtes Persanes Eau de Parfum as moving as its muse?

A twist of bergamot rind sharpens Fêtes Persanes’ top. Its heart is a wooden box of baking spices, with a bit more cardamom than cinnamon and clove showing. After ten or fifteen minutes, patchouli softens Fêtes Persanes’ edges. The vanilla is barely noticeable at first, but it grows over the next four or five hours until the rest of the fragrance falls away, and all that’s left is a soft, woody vanilla.

Fêtes Persanes has the warm yet dry feeling I associate with spice-based fragrances that don’t have a lot of florals, milky notes, or skin-like spices like saffron to fluff them out and moisten them up. It’s emotional and rich, but almost mathematical in its approach, like Bach played on a perfume organ. Or, to draw another comparison, to me Fêtes Persanes feels like a hand-loomed rug. It’s colorful, crisply patterned, and two-dimensional. This is how many spice-based fragrances strike me.

I begged for a sample of Fêtes Persanes after Tracy at Fumerie compared it to Fendi Theorema. After wearing them side by side, I find Theorema sweeter and more creamy than Fêtes Persanes. Theorema smells more of sharp cedar while Fêtes Persanes veers toward rounder guaiac wood, but they share a woody-spicy equation. Fêtes Persanes also reminds me of Laura Mercier Minuit Enchantée, except that Fêtes Persanes has more patchouli and vanilla and less ginger. 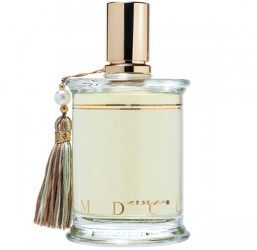 Parfums MDCI Fêtes Persanes is $250 for 75 ml of Eau de Parfum (and $350 if you want the bottle’s resin bust topper). For information on where to buy it, see Parfums MDCI under Perfume Houses.