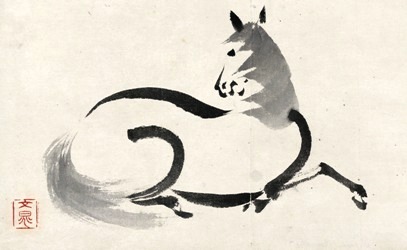 I've probably said it before, and as I approach my 500th article for Now Smell This, I'll probably forget and say it again: if I had to limit myself to one perfume house for my fragrance 'needs,' Hermès would win. No other brand, including Guerlain, Chanel, L'Artisan Parfumeur, Frédéric Malle...or Serge Lutens!...gets so much of my business. Hermès, under perfumer Jean-Claude Ellena, has done a great job with flankers, too: Bel Ami Vétiver and Rose Amazone come to mind (Jean-Claude...where's my Eau d'Hermès Mimosa? I've asked that you create this SEVERAL TIMES!) Ellena is responsible for Equipage Géranium, a new take on 1970's Equipage (a Guy Robert creation).

Equipage Géranium removes Equipage's warm and "fatty" incense-y woods/resins and flowers (carnation, lily of the valley) and replaces them with soft, but cool, rose geranium leaves, sheer spices and mint. The heavier woods, tonka bean and hay-tobacco-immortelle-like accord of original Equipage is deleted in favor of a cologne-like (almost soapy) sandalwood and "nutty" musk base.

I liked Equipage Géranium more — before I wore it at the same time as original Equipage. 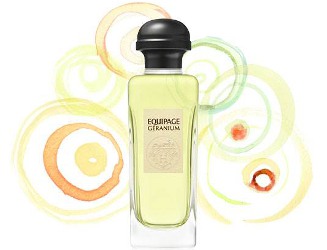