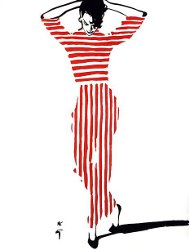 It's hump day! What fragrance are you wearing?

I'm wearing a drop (I need to conserve) of vintage Guerlain Jicky, in Extrait. Luca Turin: "a towering masterpiece".

Reminder: on 2/12 we're doing 5 Star Friday: wear your favorite perfume ranked 5 stars by Luca Turin and Tania Sanchez in Perfumes: the Guide (if you don't own the book, you can find a compiled list at Basenotes) or in Luca Turin's Style Arabia columns. Partial credit for a four-star perfume! And if anyone knows where other lists can be found online, do comment. (suggested by Bastet) Update: you can download the index to the 2008 Hardcover version of Perfumes: the Guide here (thanks kpaint!)