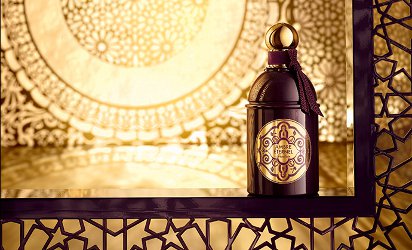 Guerlain has launched Ambre Éternel, a new limited distribution unisex fragrance. Ambre Éternel joins the Les Absolus d’Orient series as a sequel to 2014's Santal Royal, and like that fragrance was inspired by (and is geared towards) the Middle East.