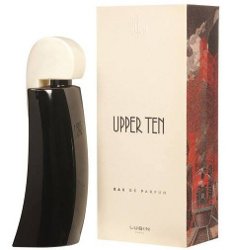 French niche line Lubin has launched Upper Ten, a new spicy woods fragrance for men. Upper Ten does not appear to be related to an older, long-discontinued Lubin fragrance of the same name.

Parfums Lubin is proud to announce its new fragrance UPPER TEN. Pursuing the audacious design inspiration of the Talismania line, UPPER TEN is an homage to what American poet Nathaniel Parker called back in 1852 “the ten thousand that matter”: this informal group referred to 10,000 of the most powerful and visionary men who decided to join their efforts to build the economic and industrial supremacy of the United States and establish its influence around the world.

(quote via Parfums Lubin at Facebook, additional information via elysees-parfums.fr)