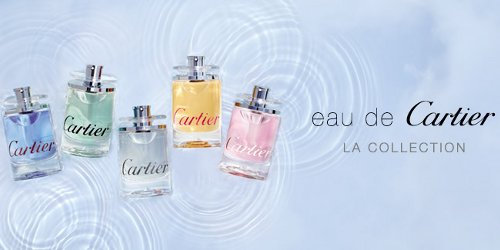 Eau de Cartier Vétiver Bleu is the latest of Cartier's flankers to 2001's Eau de Cartier. The original Eau de Cartier is a perfectly serviceable, well-made cologne (from perfumer Christine Nagel, by the way), the sort that everyone needs at least one of. I was tempted to buy it more than once, years ago, but eventually filled the category with other basic colognes I liked better (Eau de Guerlain, for instance). Cartier has done any number of likewise well-made flankers for Eau de Cartier, and I've been tempted by some of those as well, especially the recent Eau de Cartier Zeste de Soleil. If they did a coffret of 15 ml bottles of all of them, I would not be able to resist, but so far, no coffret.

The series is marketed as unisex, but the individual scents tend to skew one direction or the other; you can probably already guess that Vétiver Bleu skews somewhat masculine. In addition to the vetiver of the name, it's got mint, licorice and menthol "accents". The start has a nice sparkle, and quickly takes on a woody vetiver base with the mint, licorice and menthol all in evidence, but lightly so. The vetiver dominates, but it too is soft and blurred, and while I've seen it described elsewhere as earthy, it's not earthy in the way that a vetiver fiend (e.g., me) would define earthy.

Indeed, the whole thing is soft and fresh throughout, and while it does not smell massively ozonic or like laundry detergent, it has a definite modern / synthetic fresh vibe that will either please you, or it won't. The lasting power is quite good, but not much of interest happens after the first hour. It sweetens a bit as it dries down, and eventually the sheerest little dusting of talc makes the already hazy components get hazier still.

Verdict: I liked Vétiver Bleu when I first smelled it. I still liked it when I wore it the second time. Wearing it several days in a row, and "concentrating" on it to write this review, pretty much killed off my affections. There's a kind of generic department store fragrance counter smell that I think of as "blue man cologne" — I have a feeling that at least some of you will know exactly what I mean — and Vétiver Bleu spends far too long in that territory for me to want to wear it. For a summer-y vetiver and licorice, I'm much happier with Kenzo Air, which I bought unsniffed for a song and don't wear as often as I should.