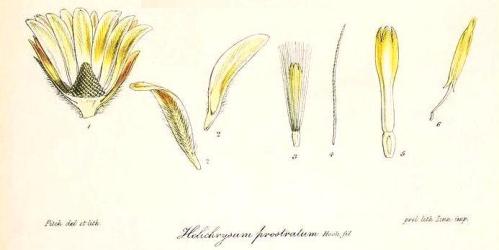 The East Coast has remained relatively (and uncharacteristically) cool and fresh this summer; out west, we've simmered and sweated (even in Seattle). Though I've done plenty of complaining about the heat, it's been fun to experience a real summer for the first time in a ... decade? I've been dousing myself with sunscreens, Eaux de Cologne, and perfumes with lots of jasmine, coconut and tropical flowers in them (beach-y things). Into this hot-weather perfume extravaganza, came a sample of Atelier Cologne Blanche Immortelle1 — an autumn scent.

Blanche Immortelle is part of Atelier Cologne's Collection Métal which also includes Gold Leather, Silver Iris and Santal Carmin. When I first received my sample and dabbed an arm with Blanche Immortelle, I was not impressed; and I even told Robin here at NST that it was a nonentity and I would not be reviewing it. Weeeeeeell, I realized yesterday I got my samples mixed up; the nonentity is By Kilian Vodka on the Rocks. When I put a real application of Blanche Immortelle on my skin, I was much happier.

Blanche Immortelle's immortelle absolute smells heavenly and it is STRONG, without being obnoxious. When first applied, the immortelle has a faint mintiness (unusual, but pleasing) that leads to a tempered-spice accord that reminds me of Indian food (I detect a 'background' note that smells of heated cumin seeds — food-y in character, not "sweaty"). In mid-development, there is a hint of flowers: mimosa, dried roses dampened with a drop of jasmine oil. In its base, Blanche Immortelle presents "culinary" immortelle (scenting a spice cake? flecking a loaf of rustic bread?) And the bitter end? Not bitter at all! Blanche Immortelle's extreme dry-down smells like butterscotch.

Blanche Immortelle is more brune than blanche to my nose; its notes are warm, toasted, caramelized (and comforting). With Blanche Immortelle, Atelier Cologne has created a great cool-weather cologne...balmy, but with substance and excellent lasting power. 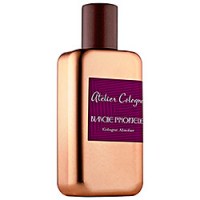