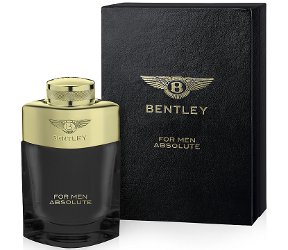 Bentley stands for distinguished design, handcrafted luxury and outstanding performance. Bentley For Men Absolute embodies those exquisite attributes in this spicy oud wood fragrance. The fragrance suggests the original Bentley For Men, enhanced by the intense and mysterious character of oud with a trail of sophisticated essences.

Bentley for Men Absolute can be found now at Harrods, £110 for 100 ml Eau de Toilette.