Design team Meadham Kirchhoff will launch Tralala, their debut fragrance, under the Penhaligon's label. The scent represents "the surreal and fantastical world their designs evoke"; the name was inspired by* a character in the movie Last Exit To Brooklyn.

Penhaligon's + Meadham Kirchhoff Tralala will launch in April, and I'll update with sizes and concentration when I can.

* I want to be clear that "inspired by" was my wording. The exact wording from the source, since the name is obviously causing some discomfort: "There’s a dark undercurrent, too – ‘Tralala’, the pair admits, is partly a reference to a character in the 1989 film Last Exit To Brooklyn who ends up in a rather grisly predicament." That quote was from Cosmopolitan, but they have since removed the original article.

Update: Matthew Huband of Penhaligon's commented below, and I'm reprinting his words here so it will be more likely that people will see them: "Hello all, I’m the head of marketing at Penhaligon’s, We’d just like to clarify that the name Tralala is simply an innocent and musical expression which reflects the fragrance. The perfume is rich, whimsical and nostalgic in Penhaligon’s best tradition, as you’d expect." 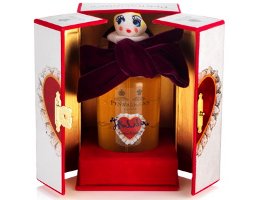