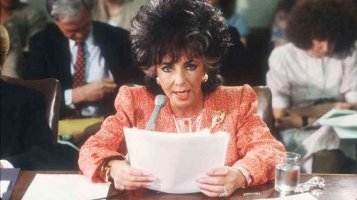 We don't normally stray from the topic of perfume, but given Thanksgiving and World AIDS Day, I feel compelled to write about how to reconcile my indulgent lifestyle with all the world's problems that are usually so easy for me to ignore. I'd love to know your thoughts, too.

If only glamour saved lives.

That thought occurred to me more than once this weekend while I lazily stuffed my gullet, napped, and watched old movies. As wars raged overseas and families went hungry across town, I took another bite of pumpkin cheesecake and fretted about such frivolity as whether Guerlain Vol de Nuit would have been a better choice to wear for dinner or if maybe my 1940s leg-‘o-mutton-sleeved coat was a bit de trop for a family gathering.

World AIDS Day especially hit home. My day job is to write grants for an AIDS service organization, and as I sit in my windowless office (dubbed “Grants Tomb”), I see just how deep a swath HIV/AIDS still cuts through the world and how many lives are lost, families bankrupted, and people ostracized because of it. Then I shut off my computer and go home to loll on the couch with a novel and martini.

Shouldn’t I be doing more? And yet, what do I have to offer?

Elizabeth Taylor proved that glamour could, indeed, save lives. “I kept seeing all these news reports on this new disease and kept asking myself why no one was doing anything,” she said. “And then I realized that I was just like them. I wasn’t doing anything to help.”1 In the early days of the AIDS epidemic, Liz traded on her celebrity and became National Founding Chairman of amfAR and testified in front of the Congress, practically wagging a vividly manicured finger at the committee to shame them into responding. She also founded the Elizabeth Taylor AIDS Foundation, funded in part by profits from the sales of her perfumes.2

Liz did all this when the stigma of being HIV positive was so strong that some people would refuse to use the same coffee cup as a person carrying the virus. She could have easily retreated to Beverly Hills and taken calls from Merv Griffin while her Maltese dogs frolicked next to her jewelry boxes. She knew people would gossip when she was on the cover of Vanity Fair holding a condom. Heck, most women of her generation wouldn’t even say the word “condom” in public. None of that stopped her from becoming an AIDS activist.

Before we get back to Liz and reconciling glamour and giving, please indulge me with a brief aside on HIV/AIDS. The virus may have dropped from the headlines since Tom Hanks won an Oscar for Philadelphia, but the fact is that more people live with HIV/AIDS today than ever before — 1.2 million in the United States alone. Of those people, about one in five don’t know they’re HIV positive. That one in five is responsible for at least half, if not three-quarters, of new HIV infections. Worse yet, HIV infections are on the rise among young American adults. Being HIV positive is less obvious now due to drugs that fend off AIDS, but the flip side is that people don’t talk about HIV/AIDS much anymore.

The good new is that HIV tests are now free or cheap3 and only take 20 minutes for results. If you do test positive and stay in medical treatment, your odds of passing on the virus plummet to less than 4%. HIV-positive women can now bear children who carry no trace of the virus. Even more exciting, a potential yet promising vaccine and even a possible cure are in the works (although many years away). And you can still kiss people who are HIV positive, share drinking glasses, work side-by-side with them, and feel fully confident having them as doctors, waiters, teachers, and more with absolutely no risk of becoming infected.4

So, back to glamour. How do we make a difference in the world if we’re not cut out to live in redwood tree tops or move to Calcutta to work at Mother Teresa’s? What if we don’t have Elizabeth Taylor’s fame to use as currency (and who does)? What if we love our perfume and vintage dresses? Liz’s example inspires me with a few ideas:

First, we can give to causes we believe in. Even if you’re totally broke, you can give something: $10, an afternoon helping an elderly woman in your neighborhood go grocery shopping, a few hours walking dogs at the shelter. Next, like Liz, we can talk about the hard things, the things people would rather avoid. It doesn’t mean we have to crusade day and night, but fear limits potentially constructive conversations about so much, from mental illness to unemployment to, yes, acknowledging the fact that people have sex and can become infected with viruses if they’re not careful. I’d love a world where someone could leave her HIV medications on her bathroom counter without worrying her guests will panic or judge her.

Here’s my favorite and easiest way to do good in the world, and it's where it comes back to perfume and glamour. We can create the world we want to live in by creating a personal culture of giving, love, mindfulness, and beauty — go perfume! — in our everyday lives.

How do you reconcile your potentially frivolous love of perfume with the state of the world? Have you figured out a way to bring together glamour with the desire to do good?

3. Depending on where you go. See here for a list of U.S. test locations.

4. Pardon me for stating the obvious above, but a 2012 Kaiser Family Foundation poll showed that more than a third of Americans hold one of these misconceptions to be true.