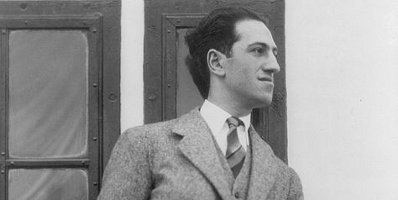 How do I decide which perfume I'll be reviewing for any given week? Sometimes my choice is inspired by the weather, by my mood, or by the timeliness of a new release. On the other hand, chance sometimes plays a role: last Sunday morning, I was looking over a handful of sample vials, trying to make a selection, when George Gershwin's An American in Paris came on the radio. My eye fell on one of the samples in front of me: Gershwin, then!

Maria Candida Gentile is an Italian perfumer who trained in Grasse; her fragrances are all evocatively named and seem to contain an unusually high percentage of natural ingredients. Gershwin, which is indeed an homage to the American composer, is a citrus-woods fragrance with top notes of winter lemon, Sicilian lemon, bitter orange, grapefruit and black pepper; heart notes of sycamore and water flowers; and base notes of cloves, sandalwood and incense.

Gershwin opens with bright and pleasingly rough-edged notes of lemon and orange — they have a bitterness that makes them more sophisticated than most fruit top notes, as though we're getting plenty of zest and rind, rather than sugary lemonade. Gershwin also has just enough pepper and woods to give a the composition some heft without obliterating that citrus. Something in the heart of the fragrance (the sycamore? a resin?) smells almost pine-y, lending an outdoorsy feeling and some darker strokes of color to the overall blend. The cloves aren't noticeable; neither, to my relief, are the "water flowers." The lingering woody base notes are dry and raspy and still slightly citrus-tinged.

Testing the Gershwin fragrance for several days in a row, I found myself looking forward to each wearing, as I tried to tease out and identify its deeper notes. I think I prefer Gershwin's citrus-and-woods harmony to the current formulation of Annick Goutal Eau d'Hadrien. This fragrance has very good staying power for a composition with so many citrus notes. It also happens to lift my mood a bit during these initial dark-and-dreary evenings of early winter.

So, what about the name? Maria Candida Gentile's Gershwin is "an ode to the forests, flowers and sounds, musics [sic] of different continents which one can grab only by exploring, an ode to our spirit of freedom and belonging to the same planet, the earth, our home. . . it contains at the same time the vibrations of the the Sicilian sun and the Memphis blues, the Sycomore [sic] fragrance vibrating together with the peated scents of the night." In other words, it's a combination of influences; and, as a nod to the classic Eau de Cologne, it could have been worn by an male American composer in the 1920s-30s just as easily as it can be worn by a female perfume-lover today. 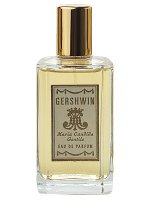