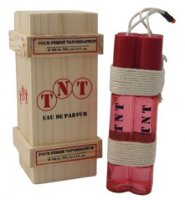 A CITY centre hotel was evacuated today after a designer perfume bottle, shaped like a bundle of TNT, was mistaken for a bomb. Staff at the Hilton Hotel in Tower Street called police at 9.20am after the ‘suspicious package’ was found in the ladies toilets.