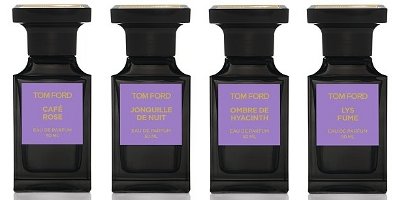 When you showcase their darker and less innocent aspects, flowers can become so thrilling and beautiful, they could almost ruin you. That was the sensation I was after.

Update: the notes for each fragrance, listed above in brackets, are via moodiereport.

Another update: see a review of Jonquille de Nuit.