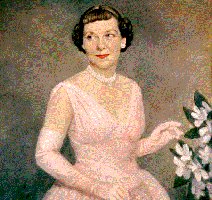 “That smells like an old lady.” Nearly everyone who wears perfume has heard it said — and maybe even said it — at one time or another. Usually it’s said with disdain. It’s time to give it a rest, people.

First, let’s deal with the term “old lady.” Most older people I know Skype with their grandchildren, get involved with political movements, and plan trips to Turkey. Clearly, the idea of blue-haired ladies who sit around drinking sherry with the vicar is a thing of the past.

Some of you might rebut, “By ‘old lady’ I mean ‘old fashioned.’ You know, perfumes that were popular in the past.” Perfumes that were popular in the past include Guerlain Shalimar, Robert Piguet Fracas, Jean Patou Joy, Bourjois Evening in Paris, Prince Matchabelli Wind Song, Chanel No. 5 — you get the point. They’re diverse. If they’re old fashioned, then so is everything except laundry musk fragrances, aquatic fragrances, and fruity florals with patchouli.

It might be that a certain fragrance evokes an actual old lady you know or someone — say Mamie Eisenhower — who is to you the ultimate old lady. Then why not say, “That fragrance reminds me of Aunt Charlotte before we moved her out of her trailer full of cats and figurative Avon cologne bottles” or “I bet that perfume put a gleam in Ike’s eye”?

Much fragrance takes time to learn to appreciate, as does art and music. Initially, an opera might sound like tuneless wailing and a contemporary art installation might feel suspiciously like a gimmick. Similarly, it’s easy for someone who doesn’t have a lot of experience with perfume to sniff something and pronounce it as smelling like an old lady. The argument many people use when they dismiss music and art right off the bat is that they “know what they like.” Well, sure. But why not be open to the possibility that with experience and exposure you just might end up understanding and even liking something that baffled or even repulsed you initially?

I didn’t like Guerlain Mitsouko, Miles Davis, Scotch, Morbier cheese, andouille, or even coffee (imagine!) the first time I tried them. Had I, for instance, labeled Miles Davis as “too random” and given up on him, I would have foregone a world of mood and passion. If I had tossed aside Ken Kesey’s Sometimes a Great Notion during its first inscrutable pages, I would have missed out on one of my favorite books.

The thing is, we all know Miles Davis is a genius, so most of us will give him more than one try. Fragrance, on the other hand, doesn’t get the same respect. The average person on the street feels no compunction to give perfume a second chance. So, many people, on being challenged with an aldehydic floral, say “old lady” and don’t give it another thought.

Here’s what I propose: The next time a fragrance strikes you as particularly old ladyish, ask the person wearing it what it is she enjoys in it. Maybe you’ll see it in a new light. And the next time someone intimates your perfume smells like an old lady’s, ask, “Which old lady? Marlene Dietrich, maybe?”

Note: top image is Mamie Eisenhower in her inaugural gown, painted in 1953 by Thomas Stevens [cropped] via Wikimedia Commons.